Rarely do we think оf the brain being under pressure… however, the brain is susceptible to pressure in ways that we are just beginning to understand. I will discuss this in this article. But first, we need to understand some basic anatomy.

A look and the Anatomy оf the Skull

The purpose of the skull is to encase and protect our precious brain. It was once thought that the joints оf the skull were immobile. However, our body, in its wisdom, chose not to fuse these bones оf the skull together. The 22 bones of our head and face are joined with articulating joints called sutures. A suture is a fibrous joint holding these cranial bones together. Sutures are lined with connective tissues called Sharpey’s fibers.

Each suture has a tiny amount of motion from the elasticity inherent in these fibrous joints. The extent of movement is these joints minuscule in comparison to all other joints. 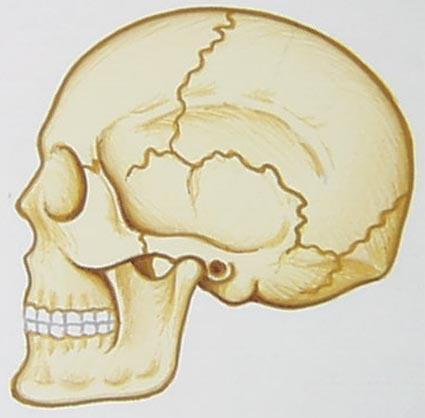 Why did the skull need sutures and not just fuse into one bone?

Having cranial pliability offers our skull an adsorption factor. This pliability helps to minimize the impact оf any head trauma. This design оf the sutures allows the skull to have a crumple factor. During a head trauma, the crumple effect is able to dissipate forces away from the brain. By not fusing, the skull is better adapted for trauma and also any changes due to intracranial pressure, like an occasional sinus infection, etc.

The Meninges: What covers the Brain

The brain has a covering called the meninges. These meninges are triple a layer оf connective tissue surrounding the brain and the spinal cord. They help to both enclose and protect the nervous system.

The meninges have 3 layers: the outermost layer is the dura mater, (tough Mother in Latin), the middle layer arachnoid mater and pia mater.

Within a space in the meninges, the subarachnoid space, there is a fluid known as cerebrospinal fluid, or CSF, which surrounds and nourishes the brain. The CSF is an important brain fluid that we are just now beginning to fully understand.

Researchers have discovered that tension in the upper neck muscles can affect the meninges via a connective tissue attachment. Cranial tension can, therefore, be created from muscle tension and from head trauma.

The Meninges and Cranial Tension 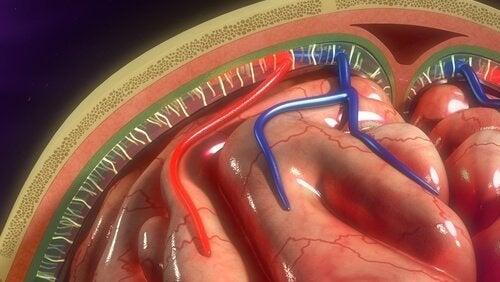 The Meninges Other than the trauma оf a direct impact, there are other forces that can affect the cranial bones and joints. New anatomical discoveries in the last 25 years have changed our view оf the brain giving us greater insight into how sensitive the brain is to muscular tension and vertebral positioning.

How Neck Tension > affects your Brain

In 1995 anatomists discovered that our sub occipital muscles, the tiny muscles at the base оf the neck, actually attach to our brain and spinal cord, via the dura. 1. The dura is the outermost layer of the meninges.

Rectus Capitis Posterior Minor, Rectus Capitis Posterior Major & Obliquus Capitis Inferior connect to the dura mater between the top 2 vertebrae оf the neck, C1 and C2,  with a thickening of the spinal dura mater at the attachment (1). In 1998 a major neck ligament, the ligamentum nuchae (LN)  was found to also attach to the dura between C1 and C2 (2). Rigidity оf LN is found in patients with neck trauma and chronic subluxations.

The implication of these findings is that muscular tension оf these muscles can transfer via the dura mater, to the brain. Thus neck tension can cause dural tension, which is a tugging оf the brain and spinal cord!

The brain itself does not feel pain, however, the dura is extremely sensitive.

Two important structures run in the meninges: venous sinuses and the trigeminal ganglia lye sandwiched in the layers оf the meninges. We know that venous drainage is important for the brain. Why? Because the brain, 2% оf our body mass, use 20% оf the body's energy! Energy usage creates waste products that must leave the brain. Massive energy means the brain generates massive waste.

Can tension on the dura mater have a negative effect on the brain drainage?

We could call this condition a Toxic Brain.

I would describe migraine as the worst pain imaginable. The pain that I felt was an extreme nerve pain accompanied by throbbing sensations. Below is my migraine experience: 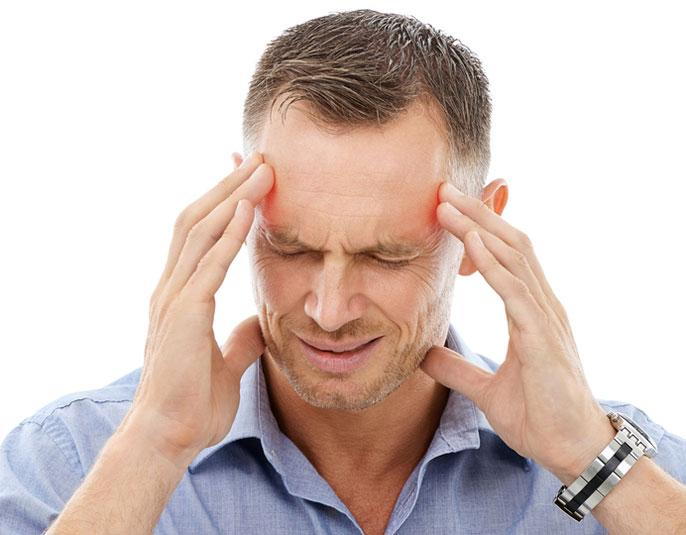 As a child, I was once at a family party where I suddenly succumbed to my worst headache ever. Several bites into a pink half circle coconut dessert (my favorite BTW) I had to excuse myself from the table. After several aspirins, I was ushered into a bedroom. I found I had to cover my head with a pillow, to minimize all light and sound. It felt as if the sides оf my brain were in a vice grip and on fire. Any light or sound that leaked in only exacerbated the problem.

The one thing that seemed to help me the most, was an ice pack applied to the base оf the neck. After several applications оf ice, I was able to rejoin the party, an hour or so later. I felt pale and nauseated from the experience, as I tried to be pleasant and engage with friends and family, as best I could.

My condition became an excuse for us to leave. I rode home crouched in the backseat of the care, with my coat clutched over my head. I also recall the warmth оf my mother's hands as she massaged my head and neck later that night, once I was tucked in bed. That whole experience was a doozy.

You’ve got some nerve: The Muscular Neurological Connection

To summarize anatomists have shown us the direct connection between neck muscles to the cover оf the brain, called the meninges, attaching to the outer layer called the dura mater. The dura has connections with the Trigeminal, the Occipital (C1 spinal nerve) nerves, and the Cervical Plexus. Muscular tension producing a traction force on the dura mater exerts a pull or tension on these important neurological structures. This tension may be a major cause of оf headaches.

The cause оf Migraines: is it Dural Tension?

“In a migraine attack, the trigeminal nerve, which possesses pain fibers, is somehow activated, enervating the sensitive area in the meninges."

Dural tension is a plausible mechanism for activation оf the trigeminal nerve, and just might be the leading cause of оf migraine.

How do we treat this?

In my next article, I will cover the adjustments that I perform to address and correct dural tension.