Should I take Ibuprofen?

The general belief about over-the-counter (OTC) painkillers like acetaminophen, naproxen, ibuprofen, and other non-steroidal anti-inflammatory drugs (NSAIDs) is that they are mostly safe. Many use them seeking relief from mild-to-moderate pain from headaches, achy joints, and sore muscles. I am frequently asked: is it okay to take these medications?

Despite the widespread use of these drugs, many studies are uncovering the dangers these drugs pose to our health, especially when used over long periods of time. Sure, many realize that these drugs can affect your liver, but recent studies have now found many more risks. These risks include a 19% increased chance of heart disease, high blood pressure, increased risk of stroke, kidney problems, ulcers, intestinal bleeding, and even hearing problems.2, 3.

Did you know that Ibuprofen blocks tissue regeneration?

Many оf us reach for ibuprofen for pain relief and to control inflammation. However, it is not widely publicized that this drug is actually antagonistic to the healing process and in effect blocks the healing of the tissue that needs it the most.

Reduced inflammation: Are you using an NSAID before long runs or gym sessions?  Or after your workout to prevent sore muscles and reduce inflammation in the joints? Either way, regular use of NSAIDs can contribute to serious and surprising health problems including promoting bone breaks. 1

So Why Is This?

You might be wondering what is it that ibuprofen is doing to our body to create these several side effects on your health. The key is that they decrease your prostaglandins.

When you have an injury, your body releases prostaglandins – hormone-like substances – that help contribute to inflammation, which includes swelling, fever, and increased sensitivity to pain.

But wait a second, the effects of these prostaglandins are not limited to modulating inflammation and providing quick and effective recovery from injuries, but also have many more important effects in the body. Some of them include preventing bone loss, controlling blood pressure, and controlling the dilation and constriction of blood vessels.

But when you consistently use ibuprofen and other NSAIDs, it causes a temporary reduction in the number of prostaglandins made by your body. And this, therefore, poses a major threat to the healing of your muscles, ligaments, tendons, and bone.

Prostaglandins are also helpful in ensuring the pressure in the kidney is maintained at the right level to filter the fluids in the body and maintain blood pressure. But when ibuprofen changes the body’s prostaglandin production, it can result in an imbalance in your body fluid pressure, hence reducing your kidney function and increasing your blood pressure.

Reduced Prostaglandins Have Side Effects on Your Heart, Kidney, and Stomach Lining

For most people, the risks of heart attack and stroke are rare. But as you decrease your prostaglandin levels, due to the consistent use of ibuprofen, these risks increase.

FDA already warned against the side effects of NSAIDs on the heart. The risk of heart attack and stroke became obvious with one type of NSAID called COX-2 inhibitor (Vioxx). Before the drug was removed from the market in 2004, it caused more than 140,000 heart attacks in the U.S in just 5 years after its introduction to the market. The experience with Vioxx was what prompted more studies about the cardiovascular risk of NSAIDs. Studies now have shown that the risk is not limited to Vioxx but also associated with all NSAIDs.5, 6.

Change in prostaglandins can also affect kidney function creating an imbalance in the body fluid pressure. This can result in a number of symptoms, including increased blood pressure, dehydration, fluid buildup, dizziness, and urinating less frequently.2

Prostaglandins also help maintain the constant repair of your stomach lining, which protects you from damages resulting from stomach acid. However, when the production of prostaglandins due to NSAIDs use, it may lead to such side effects like bleeding and ulcers in the intestines and the stomach. 2

So as NSAIDs reduce inflammation and pain because of their ability to reduce prostaglandins, this reduction, in turn, creates a list of dangerous side effects such as the ones I already highlighted above.

Ibuprofen May Be Jeopardizing Your Efforts

Each time I’m able to offer some advice and help to some of my patients who are either athletes or gym regulars, I feel really fulfilled being able to tell them what they need to know. This category of people is fond of using pain relievers either before or immediately after their workout sessions.

Workout and exercise, especially weight training exercise, helps boost the production of prostaglandins in the body, and so helps us enjoy more of the benefits of these chemicals – one of which is helping to build the bone. While workout and exercise cannot build more bone, it can prevent bone loss and decrease the risk of developing osteoporosis.4

NSAIDs, on the other hand, inhibit the release of prostaglandins, so taking an NSAID just after weight training may cancel out any beneficial effect on the bone. “NSAIDs shut down the favorable mechanism of prostaglandin synthesis that’s needed for bone formation.” When you lose that benefit to the bone, it is more or less like you did not do weight training in the first place.4

SIDE EFFECTS ON MUSCULOSKELETAL AND SOFT TISSUES

Despite the widespread use of NSAIDs, there is substantial evidence that they hamper soft tissue healing, including muscles, tendons, ligaments, and cartilage. Anti-inflammatories can delay healing and delay it significantly, even in muscles with their tremendous blood supply.

In one study on muscle strains, Piroxicam essentially wiped out the entire inflammatory proliferative phase of healing (days 0-4). At day two there were essentially no macrophages (cells that clean up the area) in the area and by day four after the muscle strain, there was very little muscle regeneration compared to the normal healing process. The muscle strength at this time was only about 40% of normal.7

Another study confirmed the above by showing that on day 28 after injury the muscle regenerative process was still delayed. The muscles of the group treated with Flurbiprofen (NSAID) were significantly weaker. The muscle fibers were shown under the microscope to have incomplete healing because of the medication. 8 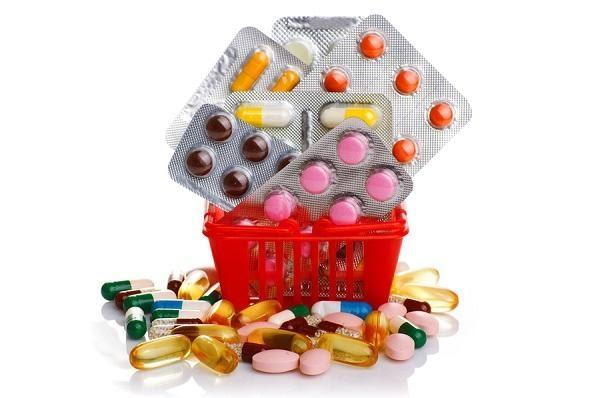 The key question regarding the healing of sports injury is, "What exactly does any therapy do to the fibroblastic cells that actually grow the ligament and tendon tissue?"

Treatments that stimulate fibroblast proliferation will cause ligament and tendon repair and will help the athlete heal. Therapies that kill or hamper fibroblastic growth will be detrimental to the athlete.

Another study was done on the use of perhaps the most popular anti-inflammatory medication used in sports medicine, ibuprofen, in the treatment of tendon injuries. It was found that the only thing the ibuprofen doses used in the study caused the strength of the flexor tendons to decrease.

A decrease in strength of the flexor tendons of 300 percent was observed at 4 weeks.

The peak force of the flexor tendons of controls was 12.0 newtons, whereas in the Indomethacin group it was an average of 2.5 newtons. Extensor tendon analysis showed similar results, with controls having a breaking strength of 12.0 newtons and the tendons treated with the NSAID, 3.5 newtons.

The authors noted, "Examination of the data reveals a marked decrease in the breaking strength of tendons at four and six weeks in the ibuprofen-treated animals...This difference was statistically significant." 9

From the above studies, it is clear that NSAIDs inhibit the fibroblastic growth process and thus diminish an athlete's chance of healing. NSAIDs are used because they decrease pain, but they do so at the expense of hurting the healing of the injured soft tissue.

This is True in the All Tissue Repair?

Do you see the difference between pain relief and healing? The athlete needs healed tissue. Up until the present, too many studies were advocating NSAID use when it came to ligament injuries, because they were such great pain-relievers, when in fact they were stopping the healing mechanisms of the body. Any technique or medication that stops the normal inflammatory process that helps heal the body must have a long-term detrimental effect on the body.

MEN, did you know that Ibuprofen also causes Hypogonadism?

This is another aspect of the side effect of NSAIDs use that many people are not aware of. Recent controlled and randomized clinical trials by the PNAS were run to explore the link between declining male reproductive health and the increased use of “over-the-counter” analgesics in the general population, particularly by elite athletes.

Findings reported a univocal depression of important aspects of testicular function, including testosterone production, after the use of over-the-counter ibuprofen.

“A decrease in testosterone production!”

The studies show that ibuprofen use in men results in a state of “compensated hypogonadism,” which is a step toward overt primary hypogonadism. Common symptoms of hypogonadism are reduced libido, reduced muscle mass and strength, fatigue, and depressed mood.

Reduced strength and muscle mass with fatigue and depression!!!